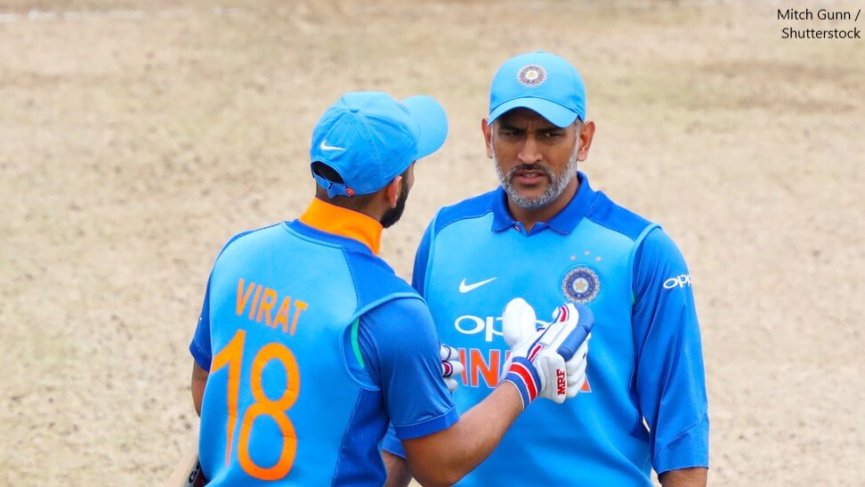 Most Catches in the IPL Tournament

Brilliant catches can change the tide of a match within seconds. With the IPL being a high stakes tournament, fielders need to be sharp and focused every minute of the game.

Here is the list of top 5 players in the IPL that have taken the most number of catches.

The flamboyant left-hander is considered as one of the best players in the limited-overs format. Apart from being a stylish batsman, Raina is an acrobatic fielder as well having won countless games for his country and club.

He tops the list of the most catches in the IPL with 102 catches in 193 matches.

The South African has been one of the most successful players in the IPL. His incredible fielding efforts can be recognized from the fact that he’s taken 84 catches in just 154 matches.

The star West Indian all-rounder is one of the top players in the IPL. Apart from his batting and bowling, he’s a great fielder too. He’s taken 82 catches so far in just 148 matches.

The Indian star batsman is a formidable player in the IPL as well. Apart from his world-class batting display, Sharma is an apt fielder with 83 catches to his name in 188 matches.

Dwayne Bravo is one of the best all-rounders in the modern form of the game. He’s also renowned for his super-human fielding abilities.

Most Wickets taken in the Tournament

Winning a match in cricket is all about scoring big runs and taking crucial wickets. Even in the IPL, wicket-taking bowlers have been successful in turning the outcome of a match in a matter of few deliveries.

Here are the 5 top bowlers in the IPL who have taken the most wickets.

The Sri Lankan legend has been the stalwart of Sri Lankan bowling over the last decade. In IPL, Malinga has been a permanent player for the Mumbai Indians and tops the list of most wickets with 170 scalps in 120 matches.

The coming season could be his last as the pacer has already hung his boots in Test and ODI cricket.

The Indian leg spinner is an experienced IPL player currently playing for the Delhi Capitals team. His favored ‘Googly’ has been one of the most successful deliveries in the tournament. He is on the 2nd spot with 157 wickets in 147 matches.

The former India off-spinner Harbhajan Singh is in the 3rd position with 150 wickets in 160 matches. He has played 10 seasons for Mumbai Indians, winning the trophy 3 times. He was purchased by Chennai Super Kings in 2018, and in his first two seasons, he took 16 wickets in 11 matches.

Piyush Chawla has been one of the trickiest leg spinners in India. He has played for KXIP and Kolkata Knight Riders. So far, the bowler has taken 150 wickets in 157 matches.

The West-Indian allrounder has been phenomenal with both bat and ball in the IPL. Currently playing for Chennai Super Kings, he has taken 147 wickets in 134 matches.

Most Runs Scored in the IPL Tournament

Being the most watched T20 cricket tournament in the world – IPL is a real run-fest! Top batsmen from all over the world participate in the IPL and score tons of runs to help their teams. In this category, we’ll have a look at the top 5 batsmen that have scored the most number of runs in the tournament so far.

The Team India captain is one of the world’s most popular batsmen. He leads the total runs scored in the IPL with 5412 runs in 177 matches with an average of 37.84. Virat also has a phenomenal strike-rate of 131.61 and has scored 5 centuries and 36 half-centuries in the tournament.

The stylish Indian left-hander has been a huge success as an explosive batsman in the IPL. He has played 193 matches and scored 5368 runs so far. Last IPL, he scored 383 runs in 17 matches, with the highest score of 59 runs.

The star Indian opener also captains the Mumbai Indians side. He has scored 4898 runs in 188 matches with an average of 31.60. Last year, Rohit scored 405 runs in 15 matches.

The explosive Aussie batsman is renowned for his pinch-hitting. He has been a tremendous success in the IPL with 4706 runs in 126 matches. He was also one of the best batsmen in the last year’s tournament with 692 runs in 16 matches.

Shikhar Dhawan is known for his aggressive batting style. He has been a successful IPL player with 4579 runs in 159 matches. He also played well last year by contributing 521 runs in 16 matches.

Most Sixes Scored by a Single Player in the IPL Tournament

T20 cricket is all about scoring big runs quickly. All 8 IPL teams are loaded with batters that are renowned for their six-hitting skills. Here’s a look at the 5 best players who lead the ‘most number of sixes’ category.

The legendary Chris Gayle is popularly known as the ‘Universe Boss’ among his fans for his ruthless six-hitting power. Even at the age of 40, his ability to hit the ball out of the ground is unmatched across the globe.

The West-Indian tops the list of most IPL sixes with 326 sixes in 125 matches.

Mr. 360-degree is number two on the list with 212 sixes in 154 matches. The versatile South African is known for his innovative shots and stupendous pitch-hitting against the best bowlers in the IPL. Last year, he contributed with 442 runs in 13 matches, out of which 156 runs came from sixes.

The legendary MS Dhoni started his career as a swashbuckling batsman with a powerful ability to hit any bowler out of the park. He has been hugely successful in the IPL with his batting, wicket-keeping, and captaincy. He is number 3 on the list with 209 sixes in 190 matches.

The Mumbai Indians captain is a renowned hitter of the cricket ball. He has hit 194 sixes in 188 matches in the IPL so far. For fans of IPL betting, make sure you bet on Rohit’s ability to cleanly hit huge sixes against any opposition.

Suresh Raina has always been an explosive batsman. He can consistently perform under any conditions with a brilliant strike-rate. Raina’s consistency to hit big shots is evident from the fact that he has hit 194 sixes in 193 matches so far.

Other Players to Watch Out in IPL

Andre Russell has grown tremendously as a cricketer over the last five years. At present, he’s one of the most feared batsmen all over the world. His uncanny ability to singlehandedly win games for his club and country has made him a popular choice for fans of IPL betting.

In the last two seasons of the IPL, Russell has scored 826 runs in 30 matches with 83 sixes and 48 fours. While his contributions with the ball include 24 wickets in 68 overs.

Jos Buttler has been one of the recent stars in the IPL. His performances over the last two years have helped his team – Rajasthan Royals win important matches. He was also an important player for the England team when they won the world cup last year. For punters looking for any success in IPL betting, Jos Buttler is one of the players you should follow closely.

Jos Buttler and MS Dhoni during the 3rd Royal London One day International match between England and India at Headingley Cricket Ground on July 17, 2018 in England

Rishabh Pant has been a consistent performer for Team India as well as the Delhi Capitals side. His performances in the last two seasons earned him the Test cap as well as a place in the World Cup 2019 squad. For the coming season of IPL, punters must watch his performances closely.

Ben Stokes is undoubtedly the world’s no.1 all-rounder at the moment. He was instrumental in leading the England team to their first world cup victory. In the coming season of IPL, he will be a hot-favorite to challenge both purple and orange cap holders.

KL Rahul is somewhat underrated when his performances for Team India are concerned. He’s always been overshadowed by the likes of Rohit Sharma, Shikhar Dhawan, and Virat Kohli.

But over the last two years, he has been able to cement his place in the national side with strong performances in the IPL. For the fans looking to reap some success in IPL betting, make sure KL Rahul is in your squad. 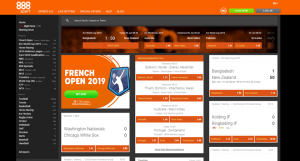