Tennis is now a hugely popular sport in India, with more and more players finding themselves inside the top 100 players in the professional game. However, the sport is also big business for betting customers, with a large number of bookmakers offering markets from tournaments around the world.

This guide will tell readers everything there is to know about betting on tennis, including markets, odds and tips, perfect for those new to this form of betting and those who have long been backing their favourite players. Let’s kick things off by taking a look at tennis and its history.

Tennis is now one of the most fast-paced sports around today, however the game actually dates back to the 19th century. A tennis match now takes place between either two or four players, known as singles and doubles matches. The basic goal of players is to ensure that their opponent is unable to return the ball over the net and into the open court, with the winning player amassing the highest number of points. Games are won by winning four points, with the need for an additional two consecutive points required in the event of a “Deuce” scoreline. Each set consists of six games, while matches consist of the best of either three or five sets in most cases. Grand slam events including Wimbledon and the US Open use the best of five sets in the men’s game, whilst just three for women’s matches. 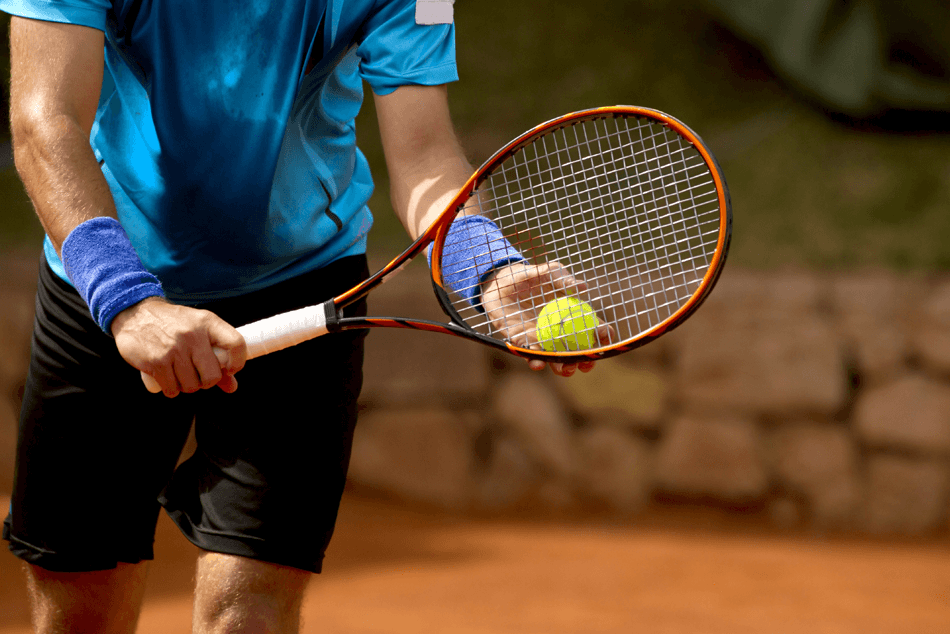 How to Bet on Tennis

As one of the biggest sports in the world, it perhaps comes as little surprise that there are now a huge number of ways in which to bet on tennis. Bookmakers now offer customers a countless number of markets, with matches regularly coming with hundreds of bet types for punters to take advantage of. However, it is the following bet types that are most commonly found, whether it be matches from the ATP or WTA Tours.

Money line betting is when you bet on the winner of an individual match, with tennis being a sport in which a draw is not a possible outcome. As with the majority of other sports, this form of betting is the most popular when it comes to tennis.

Handicap betting involves one player being given a particular number of games or sets as an advantage, which they must overcome in order for bets to be successful. For example, Roger Federer may be given a -1 set handicap, meaning that he must win by two clear sets. Meanwhile, outsiders will also often receive a + handicap in order to accommodate for their lesser ability or experience.

Live betting is very popular when it comes to tennis, with the ability to bet on a player to come from a set down to win or for a leading player to continue their dominance over a lesser ranked player being hugely appealing and exciting. Odds change on a regular basis in accordance with events taking place on the court.

Totals markets means that instead of customers betting on the winner of a match, they instead bet on the number of games that will take place during it. Players will form their predictions based on the players involved, whether they see one player winning with ease or it being a close encounter. Bookmakers will sometimes make things easier by offering a range of options in this area.

Parlays, or accumulators as they are also known, are when a betting customer backs a range of outcomes from different matches, as they try to enhance the odds on offer. Whether it be backing four players to win during a tournament or three players to win the first set of their individual match, such bets can often bring in some significant earnings.

Betting on Tennis: Understanding the Rules

Betting on tennis may appear to be pretty simple thanks to the simplistic rules, however each bookmaker will have their own rules when it comes to wagering on the sport. The following are some of the standard rules in which betting sites hold:

For those new to the world of tennis betting, it is important not to fall behind when it comes to the best available markets. As a result, the following are some of the markets that are available with the majority of bookmakers at present:

When it comes to tennis, this market is only really an option for experts in the field. This is due to the fact that betting on the correct score from a tennis match is hugely difficult, with the odds offered by bookmakers being very high also.

This market is a lot more clear cut, with backing the winner of an individual set being far easier to predict. Punters can back their favourite in this area from all matches in both the men’s and women’s game, whether it be the first of last set of the match.

More of a long-term betting option, betting on your favourite to win a particular tournament is always a fun market to utilise, particularly when there is one standout option. With the majority of tournaments lasting one week, while Grand Slams last two, patience is a must here.

Customers are also able to bet on he number of games needed to win a match, which is another market that is difficult to predict.

Some bookmakers also offer the opportunity to bet on the chance of there being a tie break during a match.

The odds offered by bookmakers surrounding tennis matches and tournaments also give some indication as to their performance, as well as how much customers can expect to win on a regular basis. Odds are offered in either fractional, decimal and American formats on the whole, with both players involved in singles matches being priced based on their chances of winning.

The tennis season is made up of a range of high-profile and smaller tournaments, with players choosing which events they compete in based on their preferences, objectives and fitness. Tournaments take place across the globe, which take place around the four Grand Slam events, the Australian Open, French Open, Wimbledon and US Open. Away from this, challenger events, Davis Cup and Fed Cup competitions. Let’s take a look at some of the events that make up a significant proportion of the betting markets available online today.

Each and every year, four major tennis tournaments take place, which are known as Grand Slams. The Australian Open kicks things off at the beginning of the year, followed by the French Open, Wimbledon and the US Open. Each tournament lasts for two weeks, with singles and doubles titles up for grabs.

Staged every four years, the Olympic Games has become a major competition for tennis players, with Andy Murray having won back-to-back gold medals for Great Britain in 2012 and 2016. The next event takes place in Tokyo in 2020, with bookmakers potentially already taking bets on this.

An abbreviation for the Association of Tennis Professionals, this is the tour in which the best male players compete in.

The Women’s Tennis Association is only for female players, with individuals earning points in their attempts to rise the rankings.

Whether you are new to tennis betting or have experience in this area, the following tips are well worth utilising for those looking to consistently make money from wagering on this sport.

The majority of players will have played against each other at some point in their career, meaning that punters can take advantage of head-to-head records before placing their bets. It is important to take into account which type of court past matches have been played on, with the majority of players specialising in one area.

Bet on the Higher Value

Finding the higher value in a match is a often difficult, however with substantial research and knowledge of the market, customers can win more or save themselves from losing money.

For gaining better odds, larger sports markets, extensive coverage of competitions, better bonuses and rewards etc., go for online sportsbooks rather than the land-based ones.

Instead of sticking to one betting site, browse a few different sportsbooks to check out which one offers the best odds. This is a great method which takes time but comes in handy.

What is a grand slam event?

A grand slam references one of the four major tennis events held each year. These are the French Open, Australian Open, US Open, and Wimbledon.

What categories are there during a grand slam?

What is the most popular bet for tennis matches?

There are two main markets for tennis matches. A money line wager, which declares simply who will win and who will lose. Under/overs are also quite popular and focus on the total number of games played in a match.

How much flexibility is there for tennis markets?

Tennis markets are incredibly flexible. Because the game involves so many factors and set-ups, there are hundreds of markets available to punters.

Who are the Williams sisters?

Serena and Venus Williams are two popular tennis players from the United States. Each has won multiple grand slam titles. Serena has 23 and Venus has 7.

Why should I consider the court surface?

There are three court surfaces for tennis matches: clay court, hard court, and grass. If your favoured player is doing a match on a court surface that they’re less proficient on, you should keep that in mind when placing your bets.

How can I begin placing bets online for tennis matches?

Placing online wagers is simple and easy to do. You’ll need to sign up at a sportsbook you trust and locate your 2021 match. Head to the bookkeeper to fill out an online bet slip with your markets.

Can I place bets on live matches?

Yes, you can. In fact, tennis is one of the most popular sports for bunters who enjoy betting during gameplay. Games move quickly, so make sure you have your strategy nailed down beforehand.

What is the best bet type for a beginner punter to place?

Beginners are encouraged to stick to simple bets until they learn more about odds and strategies. A money line bet allows you to choose who you think will win a match, which is a great introduction to betting on the sport.

When is the peak wagering season for tennis?

Late spring is the peak betting season for tennis, which is when most pro seasons are in full swing. However, matches are played throughout the spring, summer, and fall.