Golf is a popular sport across the globe, with many playing the game as a form of enjoyment. However, the professional game is where interest lies for betting customers, with tournaments taking place on a weekly basis throughout the season.

Golf has now established itself as one of the most popular sports betting markets around today, with almost all bookmakers available to customers in India now offering a large number of options here. This guide will take a detailed look at golf betting, including available markets and odds. However, let’s start by taking a brief look at the history of the sport.

It is believed that the origins of golf date back to the 15th century in Scotland, with the sport not being as fast-paced as other disciplines. Players start by hitting their tee shot using their preferred choice of club, before attempting to work the ball into the hole in the fewest number of shots. A round of golf is played over 18 holes, with tournaments generally being made up of four rounds. Despite not seeming as exciting as other sports, golf attracts millions of spectators throughout the year, with the game being regulated by governing bodies including the Royal and Ancient Golf Club, the USPGA and the International Golf Federation. Golf has become hugely popular in India over recent years, with 22-year-old Shubhankar Sharma being the highest ranked male Indian player at present. 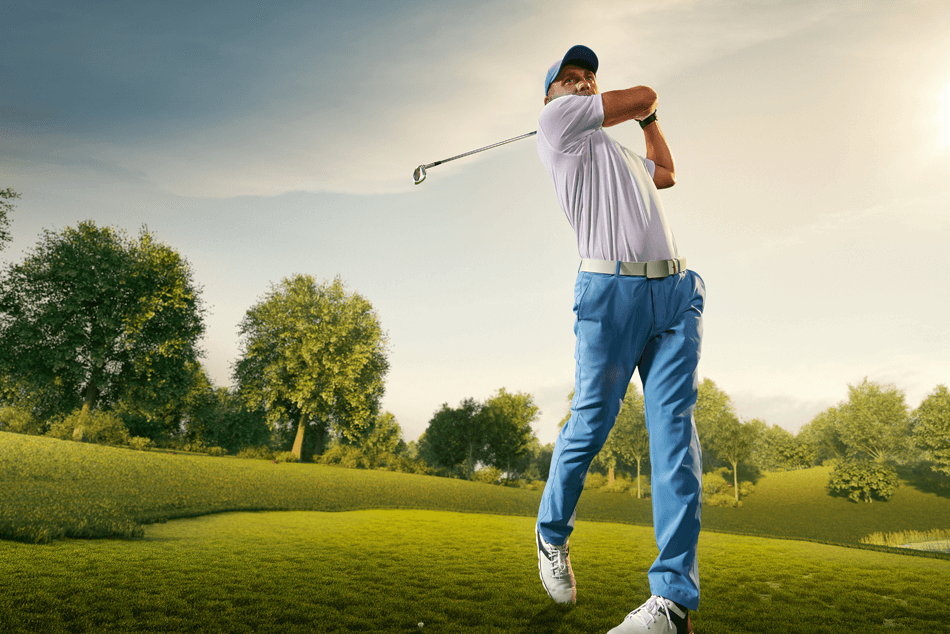 How to Bet on Golf?

Having found the right betting site to meet your needs, it is now time to fully understand exactly how customers can be on golf. The following are some of the standout betting options when it comes to golf:

Lay, Back or Combo?

As with a range of other sports, there are three options when it comes to betting on golf, which come in the form of back, lay or a combination of the two. The first option effectively allows customers to back a market such as Player X to win or Player Y to make an eagle on a particular hole. Meanwhile, lay betting involves punters opposing such a claim and betting on the opposite outcome.

Betting on golf also depends a lot on timing, with punters being able to place long-term bets on an individual player to win a particular tournament during the off season. Closer to the start of a tournament, customers will have more options, whether it be betting on where the winner will come from our by how many strokes they will win by.

The completion of a golf tournament takes four days in general, with players having to complete a total of 72 holes across four rounds. As a result, it is easier for customers to gain an understanding of who will potentially have a chance of ultimately winning, with bets allowed to be placed right up until the final round. The prices associated with players will also change depending on their performance during competition.

Many bookmakers will also allow customers to place each-way bets when it comes to golf tournaments, with backing the outright winner being particularly difficult when there are over 100 participants in most cases. This means that bets will be successful if the selected player finishes in a placed position after four rounds, which is normally inside the top five.

Indian betting customers are now able to take advantage of a wide range of online bookmaker sites, however there are still some rules which must be understood when wagering on the sport.

Players are able to use up to 14 different clubs during their round, while they must also complete all 18 holes in order to be eligible to compete for the title. Any break of such rules will lead to some form of penalty. The par of a hole is the average number of strokes required in order to complete it, with those taking fewer shots recording an under-par score.

In the unlikely event of a tournament being suspended due to weather conditions or unforeseen circumstances, bookmakers will all have their own rules when it comes to the distribution of winnings. Some will pay out cash if at least 36 holes have been completed, whilst others will void all bets.

The most popular market when it comes to golf is the outright tournament winner option, which is followed by Top 5 Finish, Top 10 Finish, Victory Margin, First Round Leader, Top Nationality and 3-ball or 2-ball markets.

The odds offered on a golf tournament are sometimes difficult to understand, due to the fact that there are so many possible outcomes and markets. However, prices will provide a good indication as to the who will potentially fight for the biggest prize, which are based on factors such as world ranking, form and motivation. For each tournament, when American odds are displayed, the favourites will have a + sign before their price, such as +200. Meanwhile, rank outsiders will have a – sign, such as -100.

In both the men’s and women’s game, there are a whole host of standout events which help to make up the golf season. All attract a significant amount of bets, with the following being the standout tournaments to look out for.

The first major tournament of the year takes place at the famous Augusta National Golf Club in Georgia in April, with the event having first been established in 1934. The likes of Tiger Woods and Jordan Spieth have won in recent times, while the tournament is known for its difficulty.

Organised by the PGA, this tournament takes place in May in New York. American Brooks Koepka is the reigning champion, with US players having won for the last three years.

The US Open is hosted by the USGA, with the third major of the season taking place in June. It has been held regularly since 1895 and is one of the longest-running tournaments in golf.

The R&A of the United Kingdom organises what is known as one of the most historic tournaments in golf. Taking place in late July, the British Open is the final major of the season, with Italian player Francesco Molinari having won the men’s title in 2018. 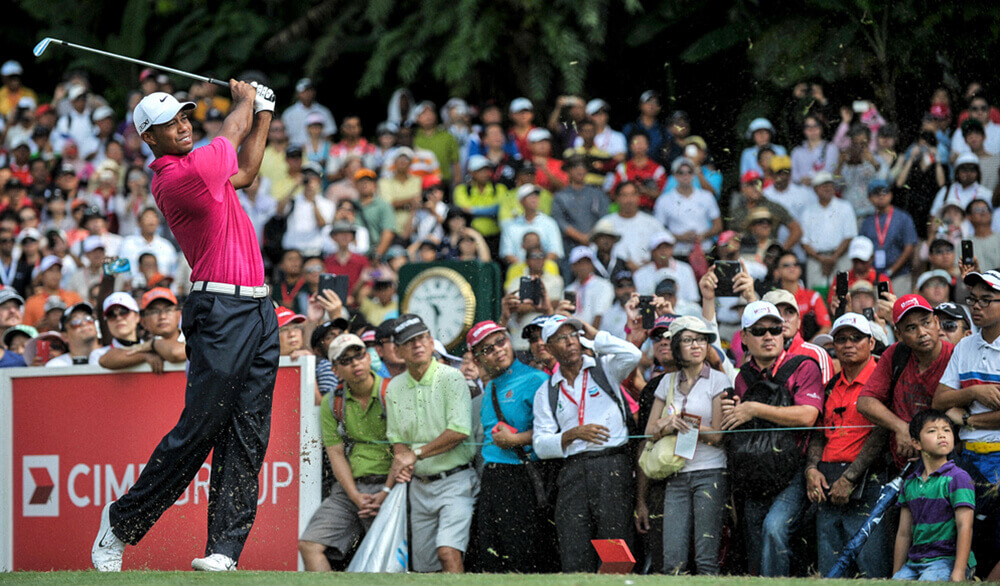 While golf is always difficult to predict, the following players are among those who are regularly backed by betting customers.

This guy currently stands at number 8 in global golf rankings set by OWGR. He has been consistent in his performance over the years. He had the good fortune of lifting the PGA trophy twice (2012 and 2014) and the WGC trophy twice (2014 and 2015). Besides, he finished first in the championships of Deutsche Bank, BMW and DP World Tour. He was also the number one player on the OWGR site for a total of 95 weeks!

The Spanish golfer Jon Rahm is currently 6th in the world. He finished first recently in the Hero World Challenge of the USA tour. He has been showcasing his talent for the past few years and have really shone since 2017.

Justin Thomas hails from the USA and has been one of the best performers in the last two years. He has managed to score among the topmost finishers in each of the last 10 games he participated in. The latest ones among them are Hero World Challenge, the CJ Cup, CIMB Classic, TOUR Championship and BMW Championship.

This is a young American golfer who is taking the world by storm by winning 14 titles including PGA Championship, PGA Tour Player of the Year, PGA Tour Rookie of the Year and the FedEx Cup Champion. Along with being the number one player on OWGR, he also appeared on Times as one of the 100 most influential people in 2016.

How do I place a golf wager online?

Before you place a golf bet, you’ll need to choose a reputable sportsbook. Read our reviews for some suggestions on the best wagering platforms. Once on the site, you’ll need to visit the bookmaker page to submit your bets and the amount you’re wagering.

When is the peak betting season for golf?

Golf is more popular in the northern hemisphere, with golf season lasting between September and May to avoid the summer heat. However, some games played internationally occur in summer months, too.

Can I bet on live games?

Yes, you can. There’s ample time to wager on live games considering the length of most tournaments. Hedge bets are especially popular as games progress.

How is betting on golf different from other sports betting?

It is different because prediction is harder here and calculations are almost useless. You never know who will get to be the winner as the golfing courses are huge and complex. Betting here requires much more thoughtful strategies and luck.

What are the major tournaments to look out for?

There are four major golf tournaments in the world. This includes the US Masters, US PGA Championship, the US Open, and the British Open.

Is it beneficial to hedge bets in golf?

It depends on your strategy, but hedging wagers is quite common in golf. There’s a lot of chance involved in betting on golf. If you see an earlier bet going sidewise and two players are fighting for first place, you may want to place an additional, opposing wager to prevent major losses.

Who is Tiger Woods?

Tiger Woods is a golf player from the United States. He’s the wealthiest athlete in the world and considered by many to be the best golfer. He holds 15 major titles, second only to Jack Nicklaus.

What is the best type of bet for a beginner to place?

It’s a good idea to start out with simple wagers. Consider choosing a back market to support a specific occurrence, such as a player making an eagle or winning a tournament.

Is golf ever played in teams?

Yes, there is. The Ryder Cup is one of the biggest and most exciting events in golf, with players from the US and Europe going head-to-head every two years.

What is the ideal golf strategy in 2020?

Forming a golf strategy is challenging when compared to other forms of sports betting. The factors involved in making successful predictions are more ambiguous. It can also be difficult to make market choices when there are 100 people playing. Keep in mind that the outcome largely depends on luck, and you can always place a hedge bet.