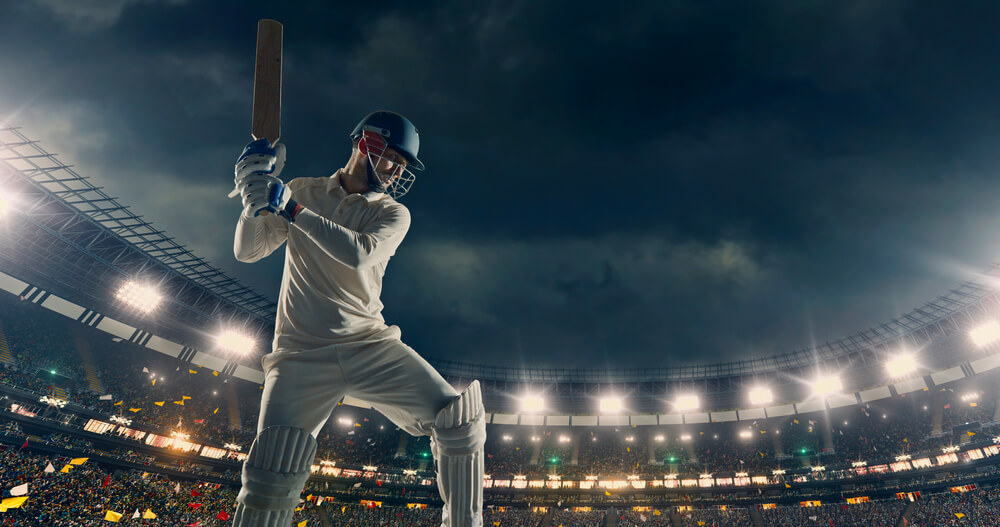 You are likely to already be familiar with fantasy sports. However, fantasy cricket betting may not be quite as well-known. A host of betting sites in India now offer fantasy cricket opportunities. Looking for fantasy cricket tips? This page will outline exactly how this type of betting works, including the best competitions and players to keep an eye on. Players must pick their fantasy team ahead of cricket matches, as they attempt to get the better of opponents in the hope of winning money. So, before backing the leading run scorers and wicket takers from around the world, be sure to consider our fantasy cricket tips.

Fantasy cricket players in India have a good number of options when it comes to where to pick their teams. Dream 11, HalaPlay, Game of Guru, SuperFantasyLobby and Cricket Inc are perhaps the standout platforms. Each site operates slightly differently, however the premise is the same. Players can generally select teams surrounding One Day and T20 matches.

How Does Fantasy Cricket Betting Work?

Before deciding which site to sign up and play with, it is important to understand exactly how fantasy cricket betting works. Players take on the role of coaches, selecting their team ahead of upcoming cricket fixtures. Generally, players must choose a total of 11 players, with only a certain number being allowed from the same team. Using your knowledge of the sport, select players that you believe will perform to a high level during the game. This could be in terms of runs scored, wickets taken, catches and run outs.
Players must generally pick players in different roles, including batsmen, bowlers, all-rounders and wicket keepers. Having created your team, select a captain and vice captain, who will earn bonus points. Having done do, join a contest or league, before watching in hope that your selections perform well. For those not wishing to stake real money, there are practice modes available with some operators.

How to Get Started with Fantasy Cricket

Getting started with fantasy cricket is relatively simple, with just a few steps being required from players. Many Fantasy cricket betting sites are available on both desktop and mobile today. So, registering can be carried out using your email or social media login. Once signed up, follow these steps:
1. Select a Match – An increasing number of cricket matches are available when it comes to fantasy betting. Test, One Day and T20 games from around the world are covered. Operators make it clear as to which encounters can be bet upon. So, whether it be a tie involving the Indian national team or a match from the Indian Premier League, choose an encounter which you have a good understanding of.
2. Choose Players – It is now time to select your team. Using the credits or points available, choose 11 players, consisting of batsmen, bowlers, all-rounders and wicket keepers. Then, select your chosen captain and vice captain. These should be players that you believe will score the greatest number of points during the match.
3. Enter a Contest – On most fantasy cricket sites, cash, private and practice contests are available. For beginners, it may well be worth taking part in practice contests, where only pride is at stake. Meanwhile, private contests are generally reserved for taking on friends or family members. Finally, cash contests allow players to take on an opponent with real money on the line.

Fantasy cricket tips can be found on a number of online platforms today. While no tips will guarantee success, they can be well worth taking advantage of. Our cricket tips are written by industry experts. As such, all information can be treated as reliable and accurate. Reading fantasy cricket tips can give bettors a greater understanding as to who the players involved are, as well as who may score the highest number of points. Meanwhile, before entering any contest, be sure to take on board the following actions:
1. Consider the Toss – The toss determines which team makes the decision as to whether to bat or bowl first in a cricket match. Taking place shortly before the game gets underway, this can have a significant impact upon the result. In some cases, it may still be possible to make changes to your team after the toss.
2. Pre-match News – Be sure to take on board as much information surrounding potential cricket matches as possible. This can be useful when it comes to selecting players for your team. For example, you may discover that a batsmen has scored a large number of runs in recent matches. This suggests that they could well score you points if selected.
3. Contest Type – Only enter cash contests when confident. If you are new to fantasy cricket, it may well be worth starting out with practice contests. Once you have a better understanding of things, then move on to cash contests.
4. Promotions – Fantasy cricket sites will sometimes offer promotions to players. Including discounts and enhanced winnings, such promotions can be worth taking advantage of, as long as the terms and conditions are realistic.
5. Multiple Lineups – There is nothing stopping you from creating a host of different team lineups, before entering multiple contests. While not realistic for all players, those with a good knowledge of cricket should certainly consider this strategy.

Which Competitions Are Good to Bet On?

When it comes to fantasy cricket, matches in different formats and from different regions are available. While you may favor some over others, the following cricket leagues and tournaments are generally the one’s to look out for:

When it comes to T20 action, there are few better events than the IPL. Founded in 2008, the IPL involves some of the best white ball cricketers in the world. Involving Indian domestic teams, an auction takes place each year to determine which player will play for which franchises. The Mumbai Indians are the reigning champions, with matches attracting huge interest from cricket and fantasy fans.

Test matches involving the likes of India, England, Australia, South Africa and the West Indies can also be bet upon at Fantasy cricket sites. Taking place over five days, players will have to wait longer to see who comes out on top. However, with Test cricket still very much being alive, many choose this type of contest, due to its more predictable nature.

Unlike traditional sports betting, fantasy cricket does not involve odds specifically. Instead, players must decide how much they wish to bet when entering contests. So, be sure to target contests that suit your budget and objectives. Players can decide stakes between themselves, while some are automatically set.

As with any form of online wagering, players must ask themselves the question- is fantasy cricket betting legal? The answer is clearly, yes. The fact that the number of fantasy sports platforms is increasing rapidly means demonstrates this. The fact that fantasy cricket betting requires skill and knowledge of the sport certainly helps. However, it is worth noting that winnings made are subject to tax law in India.

Is fantasy cricket good to bet on?

For those with a good knowledge of cricket, yes. This unique form of cricket betting is quickly growing in popularity, with players looking to put their skills to the test. There is nothing better than selecting a batmsen and seeing them go on to score a century or your first choice bowler taking 5 wickets. The rewards can also be appealing, whether you are betting for fun or to win cash.

Is there any opportunity to make a good profit within fantasy cricket betting?

Yes. For those who are prepared to take time in researching picks and keeping up to date with the latest news from the cricket world, there is a good chance to make money. However, those who fail to do so are likely to come unstuck.

How do I best get started with fantasy cricket betting?

The first step is to sign up with a fantasy cricket betting operator. Many mobile apps are available, along with some desktop platforms. Decide which best suits your needs, before registering and selecting your first team lineup.

Is fantasy cricket a safe and fair market to bet on?

The Cricket Stars to Consider Picking

There are some players who regularly feature in fantasy cricket teams. This is because of their consistency out on the field, whether it be with the bat, ball or both. So, let’s take a closer look at some of the cricketers that you should consider picking for your fantasy team today:

The Indian captain has long been hailed as one of the best players in the world. His consistency with the bat has helped the Men in Blue to Test wins over both Australia and England of late. A threat in all formats of the game, Kohli is currently ranked as the no.1 ODI player by the ICC, ahead of the likes of Babar Azam and teammate Rohit Sharma.

Stokes helped England to World Cup glory in 2019, with the all-rounder being a threat with both bat and ball. His ability to score around the ground is complimented by his wicket taking ability, making him a favourite for fantasy cricket fans. Playing Test, ODI and T20 matches, Stokes has also featured in the IPL for the Rajasthan Royals.

When it comes to Test cricket, there are few better batsmen than New Zealand captain Kane Williamson. Ranked no.1 in the ICC Test batting rankings, Williamson averages over 50 at Test level, as well as 47.5 in one dayers.

If you are undecided between certain players when it comes to making your lineup, the team they play for could help you make a final decision. Some teams consistently come out on top over their opponents, with the following being among the most successful at present:

Ranked no.1 in the Test rankings, India is a force to be reckoned with both on home soil and away from home. With a huge amount of experience, the Men in Blue showed during series wins over both Australia and England in the early stages of 2021 that they are showing no signs of slowing down. The likes of Kohli, Rishabh Pant, Axar Patel and Sharma are among the Indian players regularly selected by fantasy cricket users.

Having won the 2019 World Cup on home soil, England continue to be one of the best teams over 50 overs. The talent of players including Stokes, Jos Butler, Adil Rashid and Jonny Bairstow make them a match for any team.

The Indians claimed their 5th IPL title in 2020, making them the most successful team in the tournaments history. Led by the likes of Sharma and Kieron Pollard, the team is currently coached by legendary Sri Lankan Mahela Jayawardene.

For cricket fans looking for an alternative to traditional sports betting, fantasy contests could well be the way to go. Available with many reputable operators, an increasing number of cricket lovers are turning to fantasy games, whether it be simply for enjoyment or in the hope of winning cash. So, be sure to check out our recommended fantasy cricket tips before selecting your lineups, whether you are looking at betting on the IPL, T20 World Cup or the next Test series involving India.