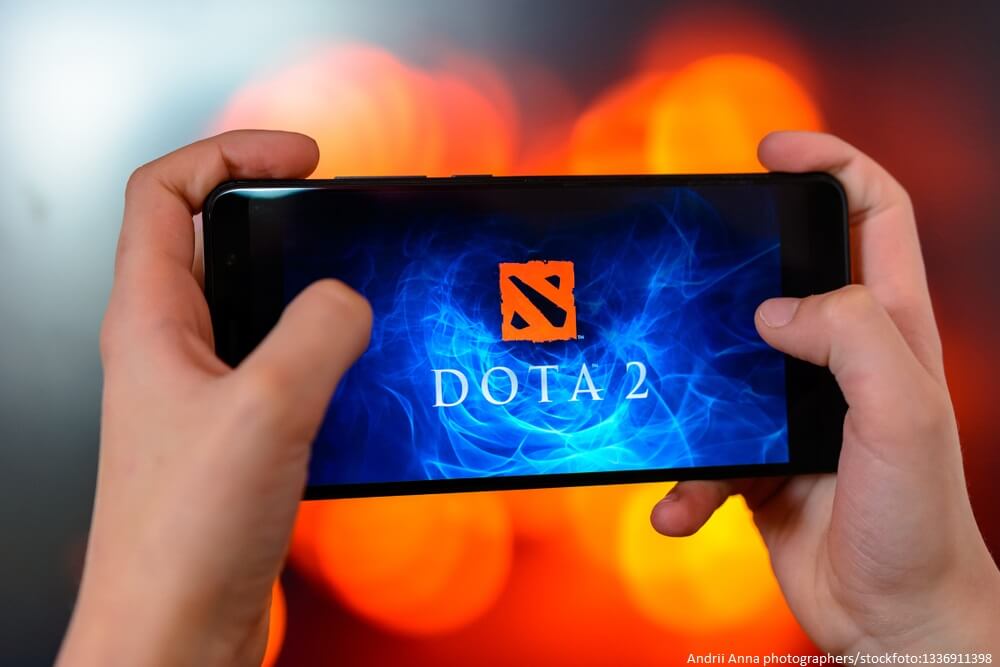 Dota 2 is the popular multiplayer online battle arena (MOBA) video game from Valve. Having been released in 2013 as the sequel to Defense of the Ancients, Dota 2 entered the Esports scene almost immediately. It is now the most lucrative title in terms of tournament prize money, with Dota 2 betting sites allowing fans of the game the chance to bet on their favorite teams and players. On this page, punters will find the best bookmakers for Dota 2 in India today. As well as this, we will outline the most popular Dota 2 markets and players to look out for.

The best bookmaker for Dota 2 betting in India 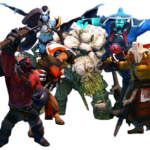 The vast majority of online bookmakers now cover Dota 2 events. However, not all are worth signing up on. Our readers can rest assured that we only recommend the very best Dota 2 betting sites available in India today. Each comes with its own sign up bonus, while a variety of additional features are also found. So, be sure to check out our top ranked operators, before deciding which best meets your list of demands.

While an increasing number of betting sites offer odds on Dota 2 events and matches, it is 22Bet that stands out in our opinion. The bookmaker offers pre-match, live and outright Dota markets. Options include 1×2, totals and odd/even, with odds being competitive across the board. A dedicated Esports platform makes it easy to access markets and place bets. Meanwhile, a mobile app for iOS and Android users is perfect for those operating on smartphones and tablets.

Which Dota 2 Tournaments/Leagues Are Good to Bet On?

Dota 2 events take place at an amateur and professional level on a weekly basis throughout the year. The game has long been most popular in Asia, however other regions have become competitive over recent years. Tournaments and leagues from around the world are now found at Dota 2 betting sites, however it is the following that attract the greatest amount of interest from punters:

Held in regions around the world, the Dota Pro Circuit (DPC) is split into both minor and major competitions. Founded in 2017, the DPC replaced the Dota Major Championship, with the Valve-organized event helping to determine which teams qualify for The International. TNC Predator won the 2019-20 DPC, while Team Secret and Virtus.Pro are other former winners.

This annual tournament is known as the Dota World Championships. Offering the largest prize money in Esports, the tournament is worth over $35 million. 18 teams compete for the title, coming from Asia, Europe, North America, South America, China and CIS. With the 2020 event having been cancelled due to Covid-19, OG remain the reigning champions, having won in both 2018 and 2019. The International 2021 will be held in Stockholm, Sweden. Round robin and double elimination rounds determine which teams progress to the final. The first edition of the event was held in 2011, with all matches now being streamed live on Twitch.

The DreamLeague was created by DreamHack and ASUS ROG, having aimed to become a leading event for teams in both Europe and North America. Dating back to 2013, the DreamLeague is one of the longest running Dota events. The likes of Team Secret and Hellbear Smashers have won the league in the past, with organizers also helping teams in terms of travel to LAN Finals.

On available markets, odds will be introduced on all potential outcomes. Available in a host of formats in most cases, including decimal, those who are fancied to win will come with shorter odds, while outsiders are handed longer prices. Odds are calculated by Dota rankings, recent form, roster changes, head to head records and the format of the match.

For example, punters could be in a position to back Team Secret to beat Evil Geniuses at odds of 1.22. Betting on the best Dota 2 teams will often not bring about significant returns, with punters often looking at minor tournaments to find value. While odds comparison sites make it easy to see which bookies offer the best prices, our readers can rest assured that our recommended operators all score highly in this area.

Some Dota 2 betting sites will offer price boosts on particular matches our outcomes. For example, odds on OG winning The International could go from 4.0 to 6.0. Meanwhile, live Dota 2 markets make it possible to wager on matches that are already underway. Here, odds are constantly changing, based on what is taking place on the map.

The most popular method of betting on Dota 2 is to simply wager on the winner of an individual match. For example, Invictus Gaming to beat Vici Gaming in the Dota Pro Circuit. As well as match winner markets, punters can also take advantage of the following options at Dota 2 betting sites:

Map Winner – Rather than staking on the winner of the entire match, punters can instead back a team to win a specific map. Dota 2 matches are generally played in a best-of-3 format. Many Dota 2 betting sites make it possible to bet on the 1st map. Meanwhile, live odds will be available on the winner of the next map too.

Total Kills – It is also possible to bet on which team will record the most kills during a Dota 2 match. This does not necessarily mean that they will be the victors, making it an intriguing market for those with a good knowledge of this Esport.

Map Duration – Whether it be under 20 minutes, 30-39 minutes or 1 hour+, some bookies also accept bets on how long a map will last. When two teams are evenly matched, the map may last longer.

Total Towers – In Dota 2, Towers act as the main line of defense for both teams. They will attack any enemy that is within range, with each team having 11 in total, coming in different tiers. As such, bets can be placed on which team will destroy the most towers, as well as the total destroyed within a match.

Match Handicap – Dota 2 matches generally come with a clear favorite and outsider. In order to level the playing field, the favorite will be handed a deficit, while the outsider comes with a surplus. For example, you could bet on Team Secret to beat Alliance with a -1.5 handicap. This means that they must effectively win by 2 clear maps.

Correct Score – For those looking to place a more specific wager, you can bet on the correct score. Whether it be 2-0 or 2-1, the number of possible outcomes will depend on the format of the match.

Long-term bets on Dota 2 are available with some bookies too. This will generally involve betting on the winner of a particular event. For example, betting on Virtus.pro to win The International. Elsewhere, some Dota 2 betting sites offer a greater number of futures, including the region of the winner and to reach the final. Patience is required with such bets, however the rewards can be significant.

As we have already outlined, live betting on Dota 2 is also common with many bookmakers. Placing bets once matches are underway often adds to the excitement, while it also brings different markets into play. Odds are constantly changing, based on kills, map wins and towers being destroyed. Those with a good understanding of the players and teams involved may well look to utilize in-play markets. For example, betting on the team to win the next map or your favorite team to win, despite having lost the opening map. Punters must act quickly here, with the odds often changing significantly based on just one action. 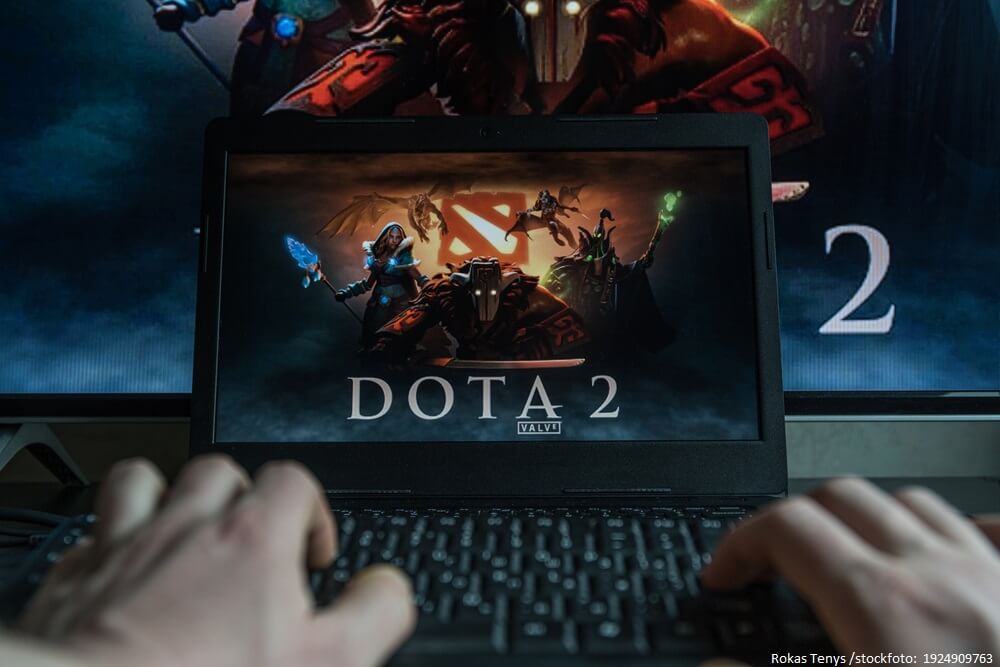 Yes. Dota 2 matches are available to bet on almost daily. Punters in India have a good number of Dota 2 betting sites to select from too. The competitive nature of the Dota 2 scene means that good value can often be found. With live streaming and in-play markets being common, there has never been a better time to bet on this Esports title. There is a reason as to why Dota 2 events come with such high prize pools!

Is there an opportunity to make good profits within Dota 2?

Yes. Those who follow the Dota 2 scene closely and are prepared to learn about the different teams and players can win regularly against bookies. Whether it be an outright bet on The International winner or a live wager on Team Liquid to win the deciding map against Ghost Frogs, value can be found.

How do I best get started by betting on Dota 2?

Whether you are new to Dota 2 betting or not, it is important to register on a site that is licensed and regulated. Punters in India have a host of options. Look at the Dota 2 markets and odds offered, as well as features surrounding live streaming, cash out, payments and customer service. Sign up, browse available Dota markets and place bets.

Is Dota 2 a safe and fair market to bet on?

Yes. Tournaments and leagues found at Dota 2 betting sites are organized by reputable organizations. As such, cheating is not something that is common. Bettors can therefore rest assured that all results are fair, with developer Valve constantly working to keep the game safe too.

While Dota 2 is a game played in teams, there are certain players that stand out from the crowd and strike fear into the hearts of opponents. So, when placing bets on Dota 2 matches, it may well be worth considering whether any of the following players are involved.

N0tail is regarded as one of the best Dota players of all time. The Dane is the current captain of OG and has over $7 million in prize money to his name. He was at the heart of the OG team that won The International in both 2018 and 2019, with his Dota career beginning with Fnatic in 2012. He has four Major successes to his name, while he is also the coach of the OG Seed team.

Captain of Team Nigma is KuroKy, with the German player having won several Dota 2 events in the past. Having started playing video games due to issues with his legs, KuroKy has reached The International Grand Finals twice, with Na’Vi in 2013 and Team Liquid in 2017. Playing in the support role, the veteran remains in the top 10 world rankings.

Estonian Puppey is the current captain of the hugely competitive Team Secret. The veteran player featured alongside KuroKy for Na’Vi, having been part of the team that was edged out by Alliance. With Team Secret, Puppey and his teammates finished fourth at The International in 2019, cementing his place as one of the all-time greats. 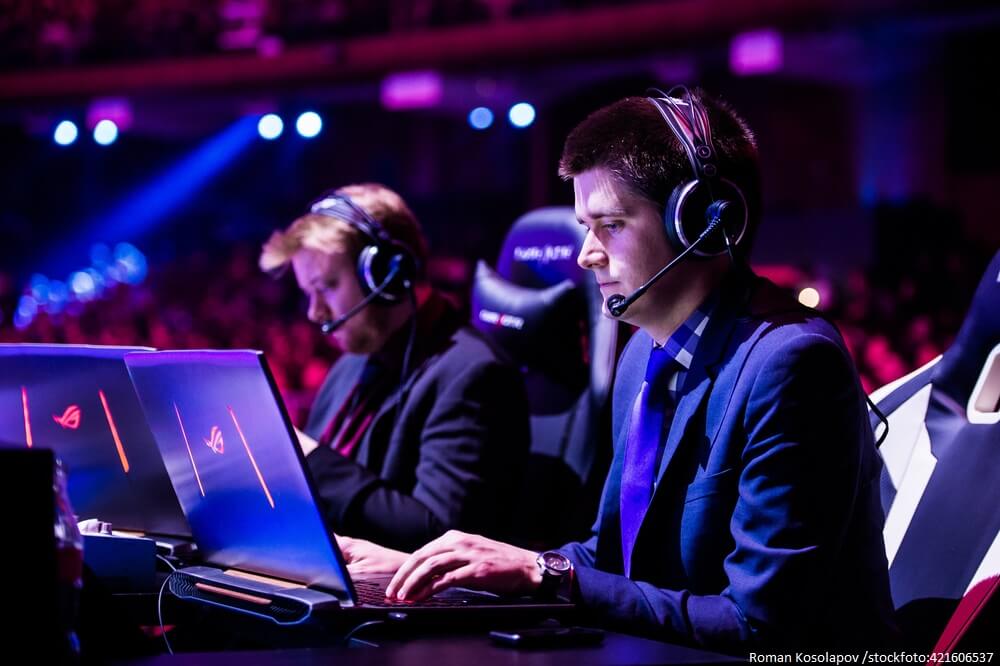 It is little wonder that Dota 2 is one of the most popular Esports to bet on in India today. The video game has a vast history, with events being held at regional and international levels regularly throughout the season. While The International gains the most attention from fans and punters alike, other events are regularly found at Dota 2 betting sites. So, be sure to check out our recommended sportsbooks, each of which offers a host of options surrounding Dota 2.