As the national sport of India, it comes as little surprise that cricket is hugely popular when it comes to both participation and betting. Whether it be Test match, ODI or T20 action, more and more bookmakers are catering for Indian-based customers in this area, with markets available on an almost daily basis. This guide is perfect for those new to the world of cricket betting, so let’s start by taking a look at the origins of the sport and how cricket has evolved over the years.

Cricket was first played in England back in the 16th Century, however it really gained international recognition during the 19th and 20th centuries. Cricket involves both a bat and a ball, with batsmen aiming to hit the ball which is thrown by a bowler from the opposing team. The number of runs scored by the batting team is determined by where the ball lands, while a wicket is taken if the ball hits the stumps, is caught by a fielder off the bat, a run out or LBW. A wicket being taken means that another batsmen must come onto the field, with teams having 11 players.

There are three forms of cricket generally speaking, coming in the form of Test, One-Day and Twenty20 matches. It is perhaps ODI’s which are the most popular with betting customers due to their excitement and timeframe, while Test Matches last for up to five days. Elsewhere, T20 matches give batting teams just 20 overs to score as many runs as possible. The major cricket regions in the world include the UK, Australia, West Indies, South Africa, New Zealand and Asia, with India having long been one of the leading nations in the sport. 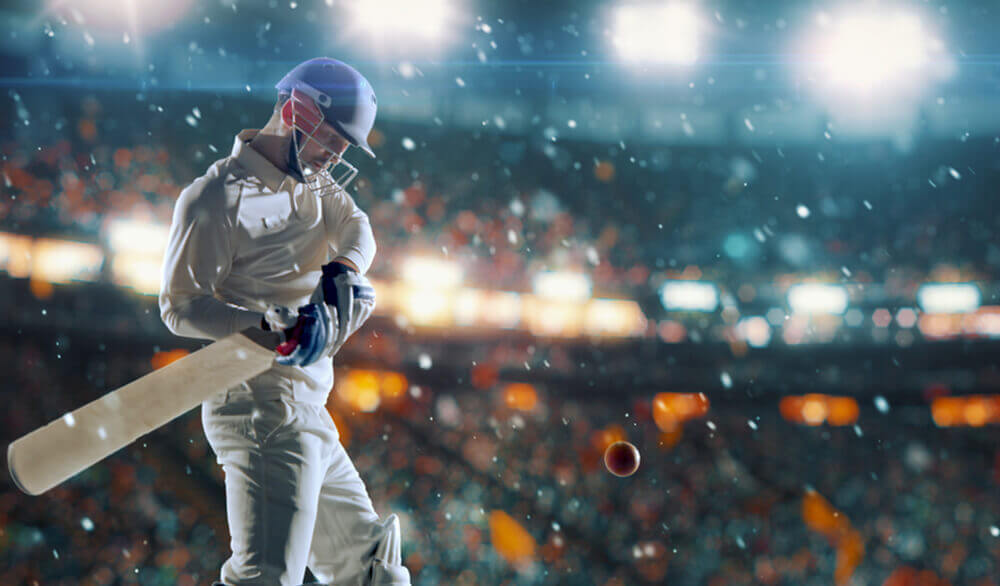 How to Bet on Cricket?

The majority of international cricket matches are played as part of a series, meaning that more than one match is played. As a result, punters are able to bet on the winner of the entire series, rather than just one individual match. Whether it be a five-match Test series or a two-match ODI series, the majority of bookmakers will deliver this market.

For those who are not so sure on who will win an entire series, customers are able to bet on the winner of individual matches also. Looking at the form of the teams involved, as well as their head-to-head record will give a good indication as to who will come out on top.

Before the start of each cricket match, a coin is tossed in order to determine which team will bat first. The two captains will meet in the middle of the field, with the winning player being able to select their preferred decision. While this is somewhat random, customers are still able to bet on this market with an increasing number of bookmakers.

Man of the Match

Whether it be the bowler who takes five wickets or a batsmen who scores a century, each cricket match has a man of the match. While this is another outcome that can be difficult to predict, it is another area in which customers can back their favourite.

Generally speaking, it will either be an outstanding batting or bowling performance which wins a cricket match for a particular team. As a result, many bookmakers offer the opportunity for customers to bet on which player will perform the best in both areas.

Jos Buttler and MS Dhoni during the 3rd Royal London One day International match between England and India at Headingley Cricket Ground on July 17, 2018 in England (Mich Gunn /Shutterstock)

At any point during a match, punters can also bet upon who will be the next wicket to fall, as well as the method of dismissal. A wicket can be taken via a clean bowl, LBW, catch, run-out or stumping, meaning that there are a large number of options to select from.

Depending on the total runs scored by each team in their previous matches, you can have an idea about how much they can score in one innings on the upcoming match. The kind of pitch and the presence of their star players also have a role to play here.

There are many other betting variations for cricket including the highest number of sixes for a batsman, total runs made in the first over, runs made till the first wicket and most runouts for a team.

There are a small number of betting rules surrounding cricket that can potentially effect your ability to win wagers, which include the following:

Cricket betting markets can be divided into two major areas, which come in the form of the following:

As the name implies, this market has to deal with the specific matches. It consists of bets like match winner, man of the match, highest opening partnership etc. All these bets have to wait till the match has ended to reach a decision and that is why they belong to the match market.

This market deals with bets which don’t need to depend on the completion of a match to decide which punter won. Its interests are limited within one innings like total run scored by one team, number of wickets a bowler took, top batsman of a team etc. Live cricket bets are often available for very short-term situations, such as who will be the next wicket to fall and who will be the bowler to take that next wicket.

There are many tournaments to look forward to throughout the year in cricket, which involve both club and national teams. However, it is perhaps the following events that standout the most:

Taking place every four years, the ICC World Cup is a one-day cricket tournament involving the best players in the world. First taking place in 1975 in England, the world’s top 10 countries battle it out for the major prize, with the likes of Australia, India and Sri Lanka having all won over the years. The lowest ranked countries can have a shot at playing in the main phase if they prove themselves successfully in the qualification round.

IPL or Indian Premier League is the most sensational league tournament in the world. Here, each team bears the name of an Indian province and represents that region throughout the tournament. The team owners bid on players from all around the world and the selected ones reach India to participate in their team matches. The player auctions, global participation, celebrity team owners and other glamorous elements of the game have made IPL an event to look forward to.

The Ashes is one of the oldest series in cricket. It was first organized in 1882 and is concerned with Test matches. Ashes series always takes place between England and Australia. The venue is set at either of the two countries every year. These teams can also bring players from other countries but it doesn’t happen very often.

As with any sport, it is important to set yourself a budget when it comes to betting on cricket, as well as coming up with some form of strategy. Be sure never to go over your budget, no matter how appealing a particular market appears at the time, whilst customers should also never aim to win their money back by immediately placing another bet. Meanwhile, with such a huge amount of information being available when it comes to cricket matches today, there is no excuse to not find out everything that there is to know about the teams and players involved.

What are dead heat rules?

Dead Heat rules allow the reward amount of a stake to be distributed among all winners of that bet. For example, a 2-way Dead Heat will reward you half of the winning amount.

If your sportsbook does not support live streaming, you can turn on the cable channels and rely on them instead. Typically, the cricket-broadcasting channels ESPN, Star Sports and TEN Sports are available in all countries. Besides, there are many national and online channels who broadcast those matches as well. 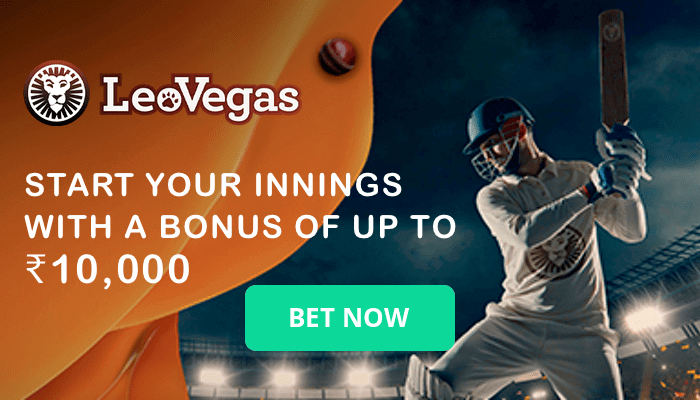